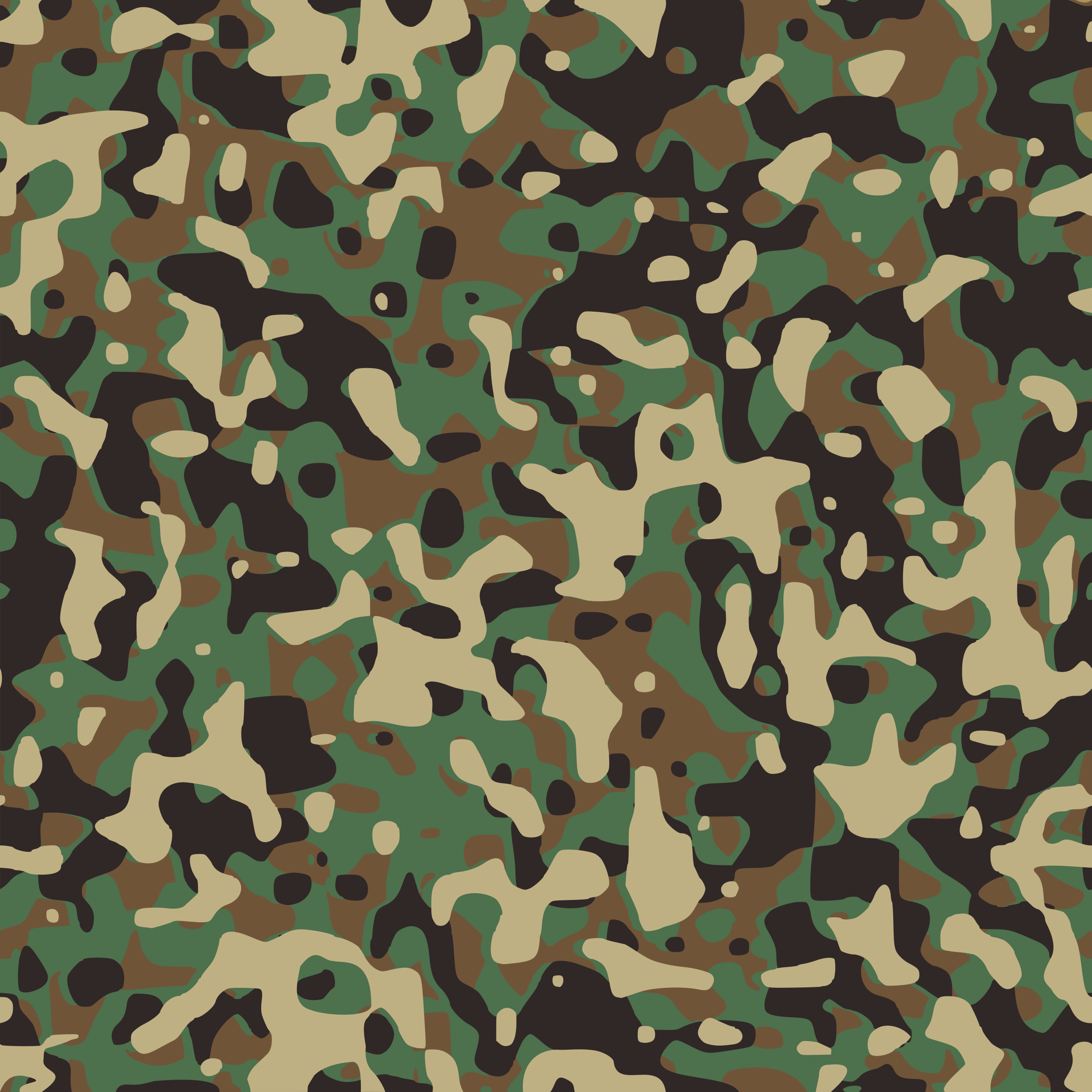 More properly, this pattern is known as Wz. Initially created as a successor to an older pattern for the Polish special forces, it became the standard military camouflage pattern in Pantera quickly saw battle testing during the conflicts in Yugoslavia, where Polish forces played a key role in coalition efforts to stop the genocide.

Its performance on the battlefield was effective due to its unique design considerations. Rather than adopting a blending camouflage approach, Pantera is a disruptive pattern.

This works by breaking up the outline of the wearer rather than blending with the color pattern behind it. In the mixed terrain of the Balkans, this provided many Polish troops with an invaluable edge.

Switzerland has a long military history and a proud sense of independence. So much so that they avoided Nazi invasion during the Second World War despite a land border with Germany.

The search for a new camo pattern came in the s with the goal of replacing the venerable Alpenflage and Flecktarn designs which had been a mainstay for decades.

Abandoning centuries of neutrality, the nation found itself part of UN missions and EU military efforts.

However, the basic pattern with a shift in color scheme also works very well in desert terrain, making it much easier to supply troops deploying beyond the borders of their mountain homeland.

Apparently, captured German uniforms on the Eastern Front impressed Soviet commanders, and they used that inspiration when the time came for a new camo pattern.

A green background carries a variable tan and loam pattern which blends perfectly with its native environment. While not as versatile as some of the other military camouflage patterns, it performs admirably enough to warrant use by the Russian special forces.

Since the dissolution of the Soviet Union, Estonian military camouflage has always taken its own path, opting for tri-color designs with swirling, amoeba-like patterns.

As Estonia was quick to take its place on UN peacekeeping missions, the armed forces quickly adopted a variety of patterns for woodland, desert, and urban operations.

Like most nations, Estonia wanted a more modern and versatile camo pattern, preferably something digital. M90 is the camouflage pattern currently in use by the armed forces of Sweden.

While an urban pattern is still under discussion, the current standard pattern works well in part due to its unique use of color.

Swedish researchers found that blacks and grays make patterns more distinct, so they opted for light blues instead. As the design first appeared in the s, considerations like these make M90 a camo pattern far ahead of its time, explaining its continued use and ongoing success.

Rather than terrain, the changes are seasonal—M05 comes in a woodland pattern and a winter pattern for when the snow starts to fall.

However, plans are in the works to introduce urban camouflage versions for use during peacekeeping missions and other deployments. M05 is also the subject of some international controversy.

It seems that a Russian military camouflage pattern bears enough of a resemblance that a copyright lawsuit is pending. The UK company Hyde Definition has developed camouflage patterns for militaries around the world.

This suggests that the digitized pattern is a response to similar developments among NATO states. Or, perhaps the Russians started experimenting with digital camouflage much earlier than previously thought.

EMR also comes in a number of versions, with a woodland type pattern being the most common. A lighter color scheme, oriented toward browns, tans, and light greens, is also in use for desert operations.

EMR is also popular in Central Asia and used by a number of forces there. In both its woodland and desert patterns, DPM was the standard camouflage pattern of the British armed forces from the late s until Modeled in part on the hand-painted military camouflage used by the famous Commando units of the Second World War, DPM was designed, as the name suggests, with pattern disruption in mind.

By making the outline of the wearer more difficult to see, DPM allows for an adaptive camouflage which works well in a variety of terrains and settings.

While changes to the pattern were made over the years in order to adapt to new battlefields and requirements, the basic DPM remained in service until the implementation of MTP.

In fact, DPM has yet to be fully phased out, as some reserve units still use the pattern. Given its additional overseas popularity, DPM is going to be making appearances for some time to come.

The name is a bit of a misnomer—while shades of brown and tan abound, elements of pale green also help disrupt the outline and blend the wearer with the background.

DCU pattern is designed specifically for open, flat desert warfare. The DBDU made the assumption that rocky uneven terrain would host the battle, rather than the more expansive deserts of Iraq and Kuwait.

Recognizing this need, the DCU pattern went into issue in and was force-wide by They were the go-to uniform for desert operation until the digital patterns of the early s came along.

The M81 Woodland BDUs were less than optimal in these new environments, and American troops needed new uniforms and a new military camouflage pattern to better meet the mission at hand.

Enter DBDU. Though it has since been discontinued, the pattern provided the impetus for later digital camo research. The distinctively aggressive pattern was developed to meet the unique needs of US troops in Vietnam.

Germany, [26] and at least 16 variants in different countries. United States. Reversible: 5-color jungle one side, 3-color beach the other.

Remained in use by the USMC into the s. Also used by Turkey until s in different colorways. Hungarian camouflage pattern M.

Used by the Hungarian Defence Force introduced in Used by the Afghan National Army since Outside France, Tunisia has probably fielded more varieties of the lizard pattern than any other nation.

The temperate variant was used by the Georgian Army in the late s, but has since been replaced by a domestic variant of MultiCam.

Military Camouflage - Item is in your Cart